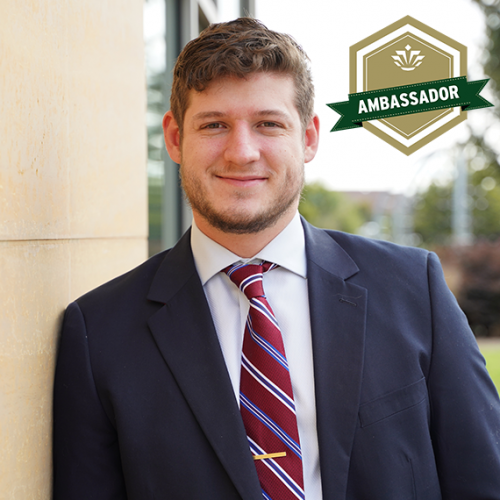 What degree did you pursue and why?

I pursued a Master's of Science in Mathematical Finance as this program was the marriage of my two undergraduate degrees. I feel that enough has been said about educational barriers to entry for quantitative finance and so I would encourage anyone pursuant of a master’s degree to be passionate about higher education, not just a job title.

Why did you choose the Belk College of Business over others?

Tell us about your job. What lessons have you learned in your courses that you were able to apply on the job?

I currently work for Wells Fargo as a Co-operative Associate with WFC’s Corporate Model Risk (CMoR) as a Model Validator.  It is my opinion that the biggest lesson the M.S. in Math Finance or any graduate degree offered by the Belk College can give a student, is the ability to expand one’s problem-solving abilities.  At WFC, I come across tasks daily that there is no roadmap or playbook for.  My graduate experience has massively improved my ability to independently problem solve, especially when compared to my undergraduate degrees.

How would you describe the Belk College of Business to someone considering a master’s degree program?

Not enough can be said for the power of teamwork. The Belk College does a fantastic job of almost creating a cohort within its master’s programs.  As I’ve previously stated, I think that the ability for higher educated individuals to effectively work in a team is critical for future leadership, and the Belk College does an excellent job of creating that between students.

As the Belk College of Business celebrates its 50th anniversary, what has been your favorite memory as a student?

What has been the best part of your academic experience?

The best part of my academic experience has to be the team-based nature of my degree.  Sure, a student could put their head down and grind out every homework assignment or project, that person may actually perform better in the classroom.  However, that person will miss out on the tremendous diversity of their program and colleagues.  If I have learned anything, the ability of people to effectively communicate and collaborate diminishes as academia increases.  This is a big struggle in my workplace and, in my opinion, an important objective of the next generation of corporate leaders.